Asina Loyiko, which translates from isiXhosa to mean “we have no fear”, is a South African advocacy campaign which aims to raise awareness about the threats environmental rights defenders face. It also aims to discourage the use of SLAPPs and other tools to silence and intimidate activists and unite civil society against corporate bullying.

Asina Loyiko was formed in 2019 in response to the SLAPP suits brought by Australian Mining company, Mineral Resources Commodities (MRC) and its South African subsidiary, Mineral Sands Resources (Pty) Ltd (MSR), against environmental defenders, lawyers and activists. The mining company hit 6 environmental rights defenders with SLAPPs after they had criticised the company for its breach of environmental laws, its current Tormin operations on the West Coast and its proposed Xolobeni operations in the Wild Coast region of the Eastern Cape. After putting together a strong legal team and resisting MRC’s attempt to silence the 6 defendants, we are now awaiting Deputy Judge President Goliath’s judgment in the legal matter. 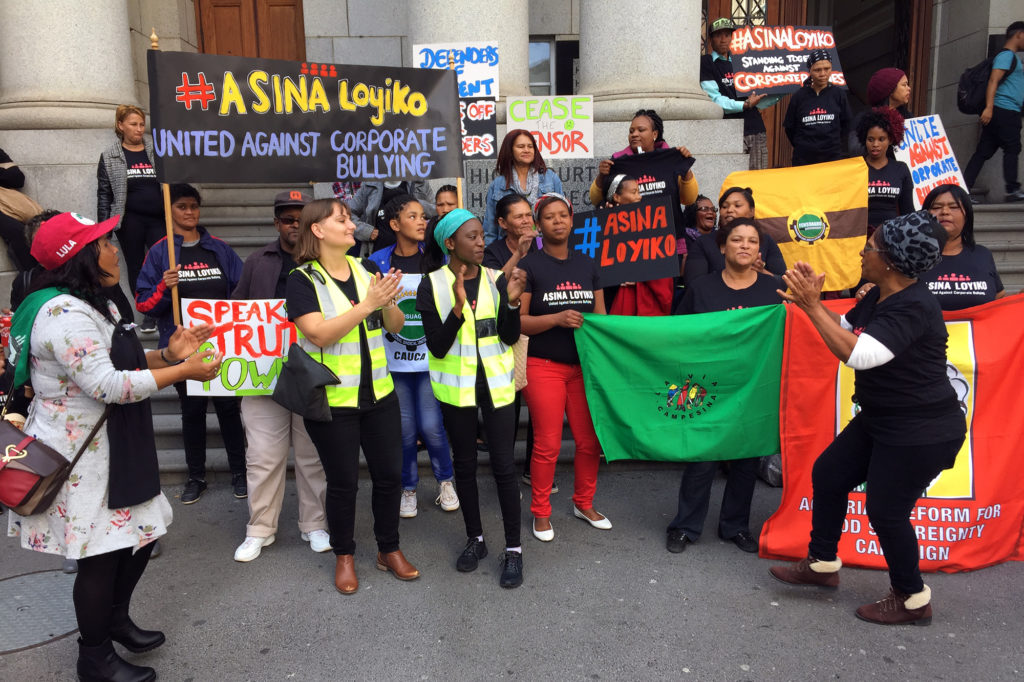 The SLAPP suit brought by MRC isn’t the only threat facing environmental rights defenders. According to a report by Global Witness, worldwide 212 people were murdered for defending their homes, communities and environments from the destructive activities of big polluters. This year in South Africa alone, water rights activist Ayanda Kota has faced death threats forcing him into hiding and an ANC councillor, Phillip Mkhwanazi, who has been opposed to the expansion of forestry operations in Isimangaliso Wetland Park in Kwazulu Natal, was murdered.

These kinds of tactics being deployed have only one aim, intimidate and silence environmental rights defenders. When communities and activists rallying together to protect their environment face the threat of costly, time-consuming SLAPP litigation, death threats and murder- everyone’s fundamental rights to freedom of expression and association are being threatened. If these bullies are allowed to continue intimidating activists, this could have a chilling effect on the ability of people to speak out and hold polluters accountable.

Asina Loyiko is a movement of people who’ve come together to fight and resist all forms of intimidation and bullying faced by environmental rights defenders. Join the movement and help ensure polluters don’t get away with their dirty tactics and are held accountable for their environmental destruction.

We are fighting for a healthy environment for generations to come!

One of the SLAPP suits described on this site involves activists being sued over statements about an Australian mining company, MRC, which has sand mine operations in idyllic, wind swept West Coast. Communities and civil society organisations are working hard to save beaches in one of the most beautiful coastlines in the world. Of immense ecological and heritage significance, while also being located in a critical biodiversity area, this fight is one among many around the world. Asina Loyiko! We are united against bullying, united in environmental and human rights protection and we will not stand down! 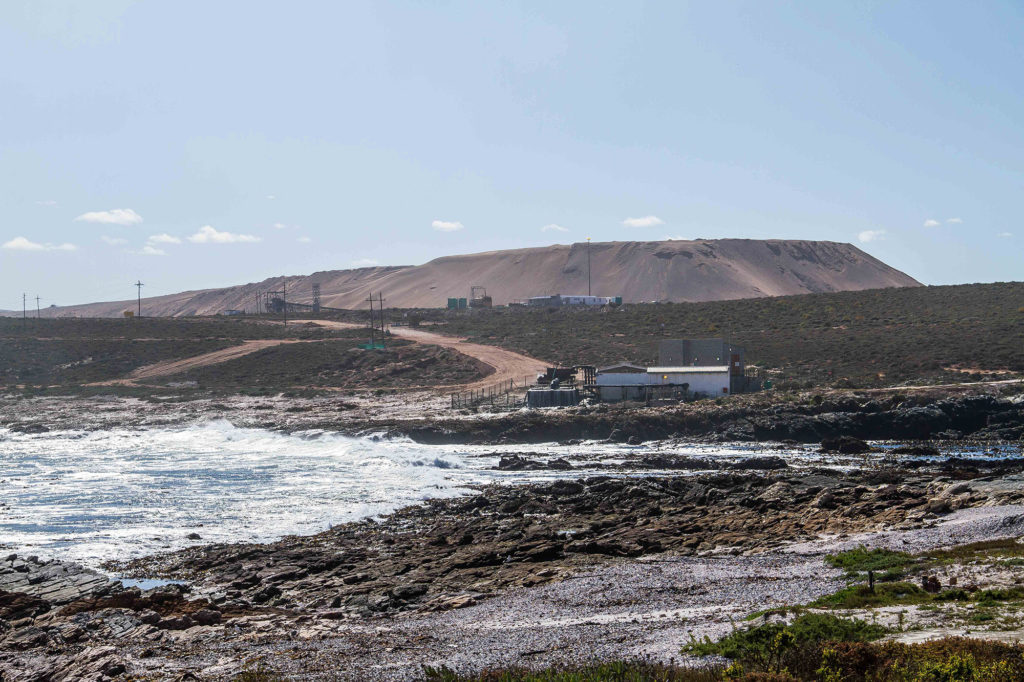